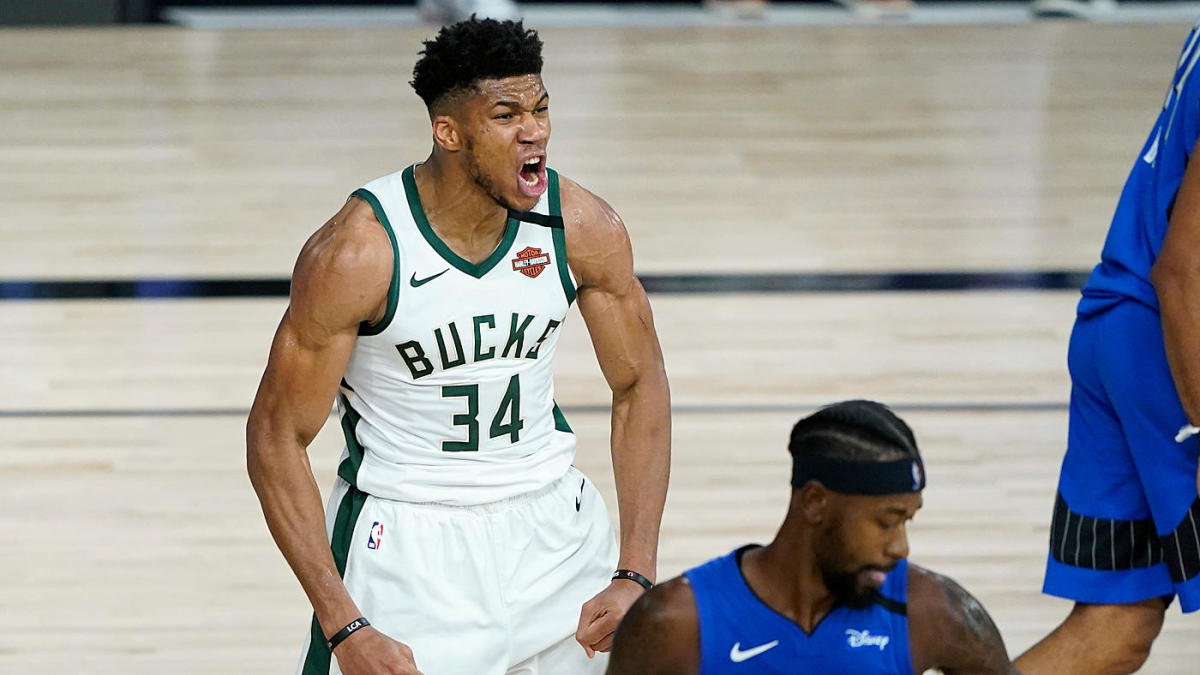 The Bucks have taken a 2-1 series lead after a dominant 121-107 win over the Magic in Game 3 Saturday. After a shocking loss in Game 1, the East’s top-seeded team came out in this game to prove that it is far and away the superior team compared to the Magic. On offense, Khris Middleton finally got it going for the Bucks as the All-Star guard finished the afternoon with 17 points, eight rebounds and six assists, while connecting on over 40 percent of his 3s. Giannis Antetokounmpo once again turned in an MVP performance to the tune of 35 points, 11 rebounds and seven assists. On defense, Milwaukee swarmed all over Orlando, never letting the Magic get too comfortable to get shots up.

Orlando tried to make a run in the fourth quarter, cutting what was a 34-point lead at one point down to 15, but the intensity from Giannis, in addition to the focused defense from the Bucks, never allowed them to put any real pressure on Milwaukee. Nikola Vucevic led the way again for the Magic, turning in a 20-point performance that was less efficient than his previous two games. The Bucks look like the dominant force they’ve been throughout the regular season, and are now just two games away from advancing to the next round. Game 4 of this series will take place on Monday at 1:30 p.m. ET. Here are three takeaways from the Bucks win.

The All-Star forward was bound to snap out of his shooting slump at some point, and in Game 3 the lid finally came off the rim for him as he put up an efficient 17 points on 46.7 percent from the field and shot 3 of 6 from deep. Middleton was playing with far more confidence this time around, taking advantage of smaller defenders like Terrance Ross who tried to check him. While it was never time to sound the alarm on Middleton’s lack of scoring through the first two games of this series, it is encouraging to know that he’s been able to get things going early in the postseason now. Milwaukee is an incredibly deep team. However, this team relies heavily on Giannis and Middleton’s offensive play. After breaking through the ceiling Saturday, he can now just build on that momentum and continue to take advantage of mismatches against Orlando for the rest of this series.

2. The Bucks finally looked like the Bucks … for three quarters

For thee quarters of action, Milwaukee actually looked like the dominating presence we’ve come to expect from this team all season. The Bucks weren’t letting the Magic get any easy looks, and were pressuring other guys on the team not named Nikola Vucevic to beat them. Some of what makes this team such an intimidating presence is the intensity that Giannis plays with. Even when Milwaukee was up by 30 points, the reigning MVP was scrapping on the floor for loose balls and screaming after every fastbreak dunk. He’s the engine that makes this team go not just on offense, but on the other side of the ball as well, and his energy echoed throughout the rest of the Bucks roster.

However, while the Bucks held strong through three quarters, the fourth quarter got a little dicey as the Magic started to make a run. Although the game was never really close, Milwaukee still allowed Orlando to finish the game shooting nearly 50 percent from deep and 44 percent from the field. It allowed guys like Ross and D.J. Augustin to put up 20 points and ended up turning the ball over 19 times which resulted in 20 points for Orlando. The beginning of this game aligned with the defensively stout team Milwaukee has been throughout this season, but the tail end of this game should still be used as an example for the Bucks that they still have some tightening up to do before they face tougher opponents deeper in the postseason.

3. Credit to the Magic for fighting back in the fourth quarter

Orlando already accomplished the unthinkable, which was stealing a game away from the overpowering Bucks, and that was without Jonathan Isaac and Aaron Gordon. The last two outings haven’t remotely gone in the Magic’s favor, and through three quarters of Saturday’s game, it appeared as though Orlando was simply just giving up. Shots weren’t falling for anyone like they were in Game 1, and frustration set in during the second quarter when James Ennis and Marvin Williams got into it after the Bucks’ lead swelled to well over 20 points. Ennis and Williams started shoving each other, and both were ultimately ejected from the game. At that point in the game it seemed like the Magic were just frustrated and defeated, but on the back of Augustin’s 10 points in the fourth quarter, Orlando made Milwaukee sweat a bit and cut the lead down to 12 points. It didn’t get any closer than that, but after a disastrous three quarters for the Magic, at least Steve Clifford can take solace in knowing that his players showed some fight toward the end of the game.

See also  A BOLA - Klopp asks for 5 substitutions to be returned: "Players on the Limit" (Liverpool)

Triston McKenzie has a debut to recall as Cleveland Indians beat Tigers, 6-1