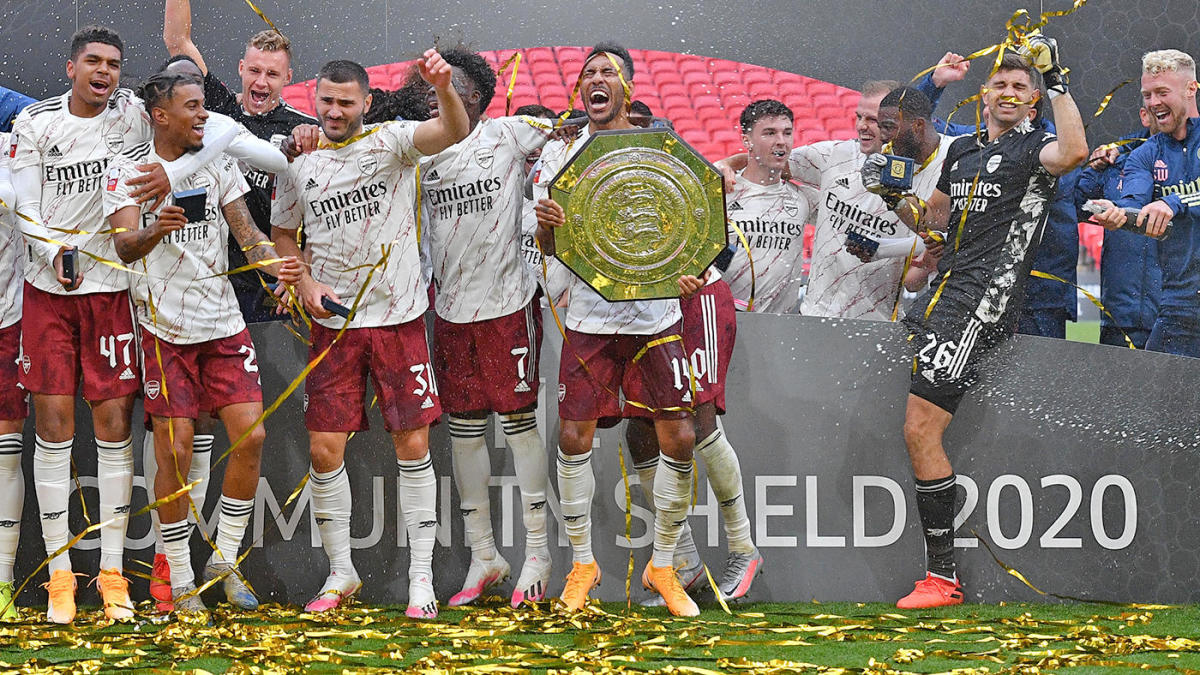 Arsenal won the FA Community Shield on Saturday in penalty kicks over Liverpool, winning the shootout 5-4 after regulation ended at 1-1. The Gunners put on a clinical display with their attempts, making all five with brilliantly placed shots, while Liverpool’s Rhian Brewster was as the lone taker to miss, rocking his shot off the crossbar. Pierre-Emerick Aubameyang, who scored the opening goal, put away the winner to start the celebrations.

In regulation, Arsenal scored in the first half and Liverpool equalized with less than 20 minutes to go. Aubameyang made it 1-0 for the Gunners just 12 minutes in with a brilliantly placed ball from the top of the box to the far post, while it was Takumi Minamino’s shot from close that brought things level in the 73rd minute.

There was no extra time, with rules stating action goes right to penalty kicks. It was a deserved result in the end for the Gunners, who are riding a wave after winning the FA Cup final over Chelsea earlier this month.

Here are three takeaways from the match:

Surely Aubameyang likes to play at the Emirates, but Wembley is now his home away from home. He’s scored five goals in his last three games, including two in the FA Cup semifinal and two more in the FA Cup final before his goal on Saturday, which came with a “Wakanda Forever” celebration to honor Chadwick Boseman, who died on Friday.

The sign that he is stepping up in the big games against big opponents will be key to success this season for the Gunners, who enter the match with higher expectations thanks to the last month of play.

With Ainsley Maitland-Niles linked with a move to Wolves, will he ultimately stay at the club after this one? He got the start, put together a man of the match performance and looked really sharp. He defended well, he was good on the ball getting forward and was arguably the best player on the pitch.

According to The Guardian, his potential move is about getting first-team minutes. He may have just earned a bunch more in this game.

It’s just a glorified preseason match, but the Reds’ creativity just wasn’t there. The team lacked a bit of calmness on the ball, and don’t be surprised if that increases the rumors of Thiago Alcantara of Bayern Munich joining. He’s been linked with the club for a while now. Liverpool created 15 shots, putting just four on frame, but they will want to avoid overreacting. The fact is, Liverpool hasn’t looked sharp for a while now, including the end of the Premier League season and the losses to Atletico Madrid in the Champions League round of 16. Having a player like Thiago could change this team completely in the final third, which is a scary thought for other teams. But it’s important to realize the team didn’t have key players like Trent Alexander-Arnold and Jordan Henderson. Chances are, they will be fine, but there is no question that adding Thiago would be huge.

See also  His name is Vanya Marsal, he is Portuguese and made his debut in Leicester's first team.