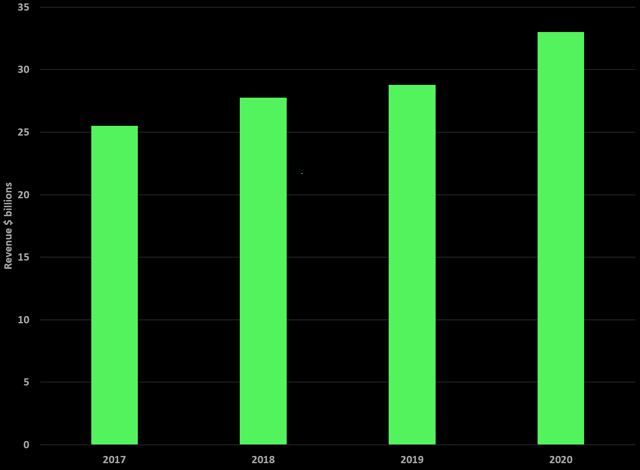 Those who follow our exclusive chat room frequently know that we said financials were going to face pressure, but there was only one that we fully endorsed while everyone else was negative. This was, of course, the best-of-breed JPMorgan Chase (JPM). We are frequently asked about banks, along with hundreds of other stocks a week, in our group. We have been clear – stay away from the other banks short term, but consider JPM. On the downside, we have very low rates. We also have strong risks from loan forbearance, mortgage deferrals, and straight-up defaults weighing on the sector. But we have felt the name was a good buy from $80-85. This market gave you multiple chances to get in. While real economic data weighs, the company truly put out a heroic quarter, showing why it is dominant. But it was not all good news. Relative to its competition, it was impressive. Let us discuss. We remain bullish and think it is a solid stock to not only trade but to invest in the long term, which is why we want to scale in.

JPMorgan had a tremendous quarter when it came to the headlines versus historic performance, but relative to expectations, was heroic. No one really knew where it would come in. Overall, the headline numbers reflected the pain of the COVID-19 crisis, which has led to reduced demand and changing banking activity from the norm, but it trounced expectations. Of course, after a near-50% drop from peak to trough in the stock, well, we can see the market priced in disaster. Q2 was better than expected, but Q3 could see the pain continue, at least operationally. Managed revenue was $32.9 billion, up about 15% year over year. This was above our expectations for $30 billion by nearly $3 billion. This continues a pattern of strong growth in Q2 revenues over the last several years:

What a result. We obviously had been ratcheting down our expectations for the year. The same thing happened with analysts. The competition has struggled. But JPM hit a home run. Revenues were eye-popping. It was not all sunshine and roses here though. Operational expenses were hiked by 4% from a year ago, while provisions for credit losses were atrocious, at a massive $10.5 billion versus an average $1.5 billion in each of the last 3 quarters of 2019. It was also up from Q1 2020’s $8.2 billion. This offset the massive revenues, and EPS showed a reduction from last year’s Q2: 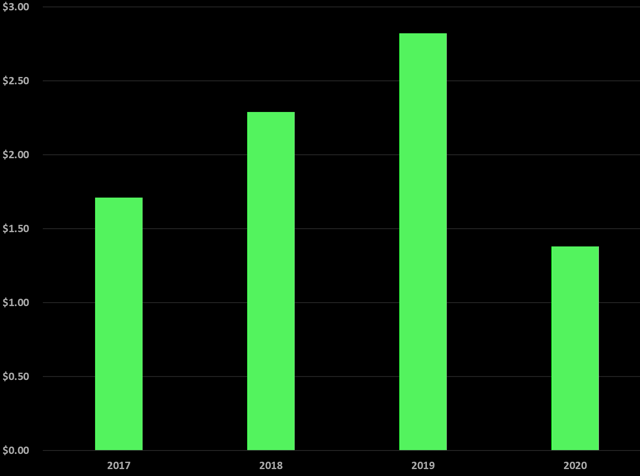 In last year’s Q2, the company saw earnings per share of $2.83, or $9.6 billion total. The result this quarter beat our expectations for $1.10 by $0.28, and that was with us expecting $30 billion in revenues and not nearly as many credit losses. Let us delve a bit into the major income metrics.

So those who follow our work know that when looking at a bank, we like to look at both of the major classifications of income. Oftentimes, they are dichotomous, with growth in one area and contraction in others.

That said, JPMorgan’s performance reflected such a dichotomy in these metrics. Over the years, the trend is higher for both measures. In the present quarter, non-interest income spiked a massive 33% to $19.1 billion. This was a result of a ton of client trading activity.

Net interest income had grown for years, but now we are seeing the impact from rates. This quarter, net interest income was flat versus last year. The pace of growth has slowed down due to rates. It came in at $13.8 billion, down 4%, which was not as bad as we thought. The impact of rate cuts did not weigh like we thought. We do have to point out that assets under management increased to $2.5 trillion from last year and was up 12% from just 3 months ago. Huge trading was taking place. As assets under management continue to grow, it is important to look at any movements in the company’s provision for credit losses. And the provisions were quite jaw-dropping.

Loan growth continues along with provisions for credit losses

We saw continued growth in the loan portfolio from last year, as total loans were up 2% from last year. With rising loans, we need to be mindful of possible credit losses, and believe me, those losses were huge.

See also  Bayern, Barça, Atlético, Liverpool ... So many sharks on the Portuguese coast

Provisions for credit losses were up from last year drastically, but even before COVID-19, things had been volatile, and provisions had risen over time. But what we saw here was crazy. When provisions expand, we are cautious because it may mean the company is making risky loans, or borrowers may not be able to pay. In this case, it is the latter – with all of the unemployment creeping up, and with small businesses not having revenue, businesses closed. The results are bearish for the economy and the consumer’s health, but the bank will do well in the medium term.

Normally, we watch this as a measure for loan safety. Please note that this does not mean there will be losses, we just like to note how much is being set aside.

Much of the reserves are in the consumer portfolios, where much of the new loan activity is ongoing. The company entered this crisis in a position of strength, and it still remains well-capitalized and highly liquid with total liquidity resources of over $1 trillion.

While it is tightening some lending criteria, in the second quarter, the underlying results of the company were extremely good. However, given the likelihood of a fairly severe recession, it was necessary to build credit reserves resulting in total credit costs of $10.5 billion for the quarter. The provision was intentional but far beyond what we expected. We thought they would be about flat from Q1 2020.

One metric that has not seen improvement over the last few years is the efficiency ratio, but again, it doesn’t really matter because the bank is highly efficient.

The efficiency ratio looks at the costs expended to generate a dollar of revenue. This metric has long been attractive for JPM. As a whole, JPMorgan Chase has seen its efficiency ratio remain solid, and this quarter put in the best we have ever seen for this metric for JPM at 51%. Lower is better, of course. We have generally stuck with a textbook target of about 50% for this critical indicator, so JPMorgan’s 51% efficiency demonstrates another reason why it is the best.

There is little doubt that JPMorgan Chase produced strong results here. The company spent the quarter positioning for a recession, playing defense. It got a huge boost from credit and wealth management. Besides the virus, there remain complex geopolitical issues, and global growth now is a major concern. However, this virus issue will not last. It will be a few more quarters of pain, and the economic issues will largely last through the end of the year.

The company still has a fortress-like balance sheet and is positioned to defend itself in coming quarters. We always contend that in the long term, the ups and downs of the stock don’t matter, and you should look to buy a quality company at a fair price. We have a high-quality company here that is at a discount, even with EPS taking it on the chin for a few quarters. It is a winner long term. You should be scaling in on declines. Don’t buy all at once, let the market inevitably give you better pricing.

This is a key difference between being a winner and a loser.

We turn losers into winners

Like our thought process on JPM? Stop wasting time and join the community of traders at BAD BEAT Investing.

We’re available all day during market hours to answer questions, and help you learn and grow. Come make some real money.

Disclosure: I am/we are long JPM. I wrote this article myself, and it expresses my own opinions. I am not receiving compensation for it (other than from Seeking Alpha). I have no business relationship with any company whose stock is mentioned in this article.