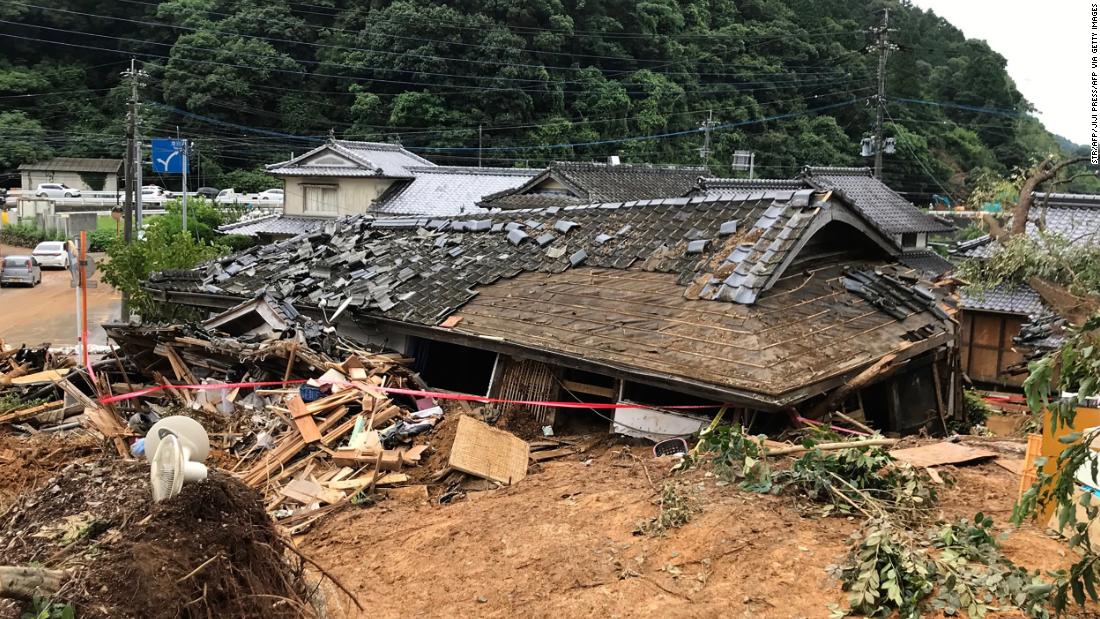 Local authorities confirmed that at least 18 people were killed and 14 were missing in the prefectures of Kumamoto and Kagoshima, with images from the worst affected areas showing houses completely destroyed by the force of flood waters.

The Japan Meteorological Agency issued a warning Saturday for unprecedented rainfall, calling on residents in Kyushu to take “maximum caution.” At least 270,000 people were ordered to evacuate in four prefectures throughout the island.

The village of Kuma in Kumamoto witnessed a record-breaking rainfall of 83.5 millometers in an hour on Saturday morning, according to the meteorological agency, while the city of Kanoya in Kagoshima had 109.5 mm in an hour on Monday, the highest ever.

Heavy rain warning stay in place for most of Kumamoto and Kagoshima on Monday, with greater flooding expected.

Officials in Kumamato prefecture say that 16 other people are currently in cardiopulmonary detention and are feared dead, after a nursing home in Kuma Village was completely flooded when the nearby Kuma River destroyed its banks on Saturday.

Japanese Self Defense Forces and security authorities continue search and rescue operations in Kumamato and Kagoshima prefectures. However, efforts were complicated by conditions on the ground, with floods and landslides severing contact with hundreds of communities in highly mountainous regions.

Speaking at a press conference on Monday, Chief Cabinet Secretary Yoshihide Suga said that more than 800 people had been saved so far by emergency services.

According to the Japan Fire and Disaster Management Agency, thousands of households have been isolated and 20,000 firefighters are currently trying to reach them. Authorities used 28 helicopters, four planes and two search ships to survey the area on Monday.

Officials told CNN that they were still gathering information about the number of deaths and hoped to update their figures in the coming days.

Mets ‘Yoenis Cespedes’ ‘good day’ on the field, on the plate had one negligence