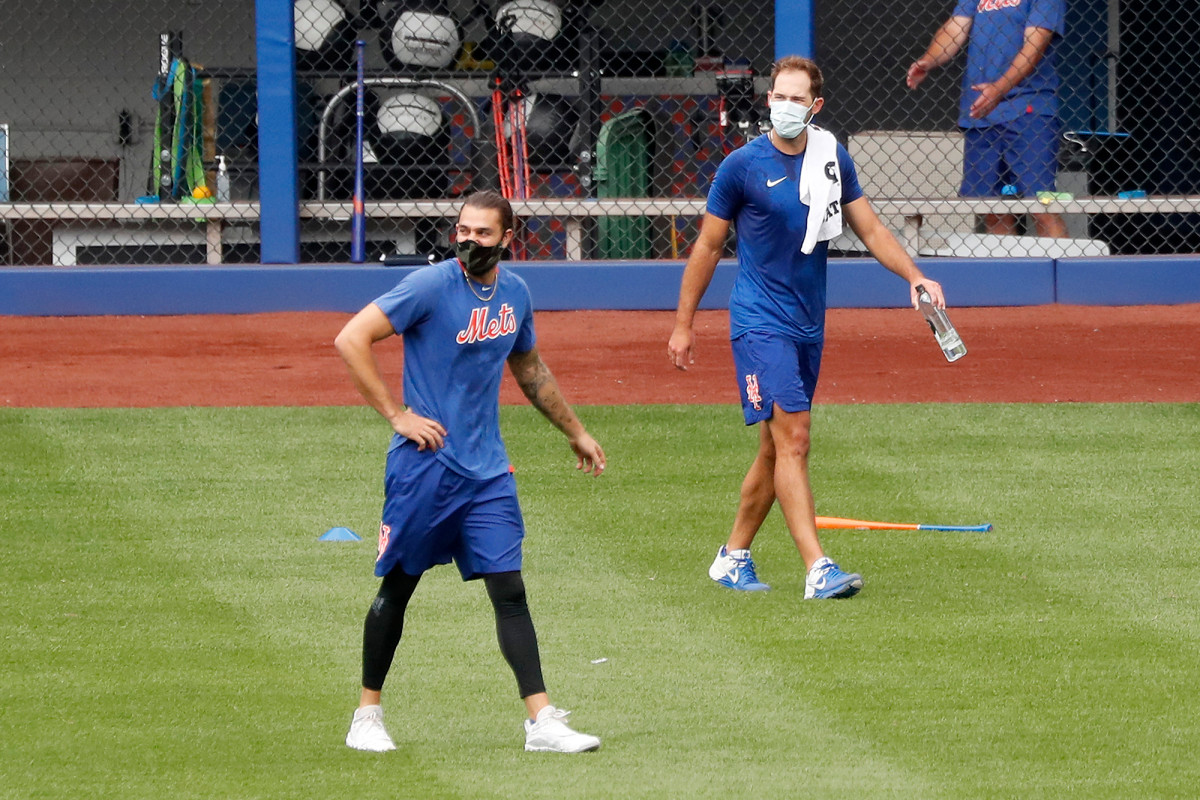 Citi Field is open for baseball on Friday, complete with hand sanitizer near every foul line, markers and social distance masks for players and staff.

About 113 days after the COVID-19 spring training closed, the Mets returned to training for the 2020 season which they hoped would be realized. More than three staggered sessions which began at 9 am and were set to conclude 12 hours later, the familiar sound of the meeting ball bat and thumping skin echoed throughout the almost empty playground.

“It’s hard to see my teammates and be [distanced] “from them, so that’s the hard part about all the protocols,” Wilson Ramos said after morning training. “But at the same time I am happy to be here and do what I like, especially here at Citi Field because it is home.”

Ramos destroyed the first hitting practice homer from spring 2.0 training, a shot into the center of the field that hit a black retaining wall in front of an apple. He joined fellow captors Tomas Nido and Rene Rivera in a cage before moving to work with the pitchers.

Manager Luis Rojas holds a Zoom pre-training meeting with players scattered in different rooms, only to set the tone for the camp and offer reminders about security restrictions.

The players are allowed to use the weight rooms in the house and clubhouse of visitors in small groups and an emergency cardio training area is created behind the right field fence. Additional rubber pitching, on the slope, is placed in the warning lane in front of the bullpens.

See also  The Elon Musk tunnel project reaches a milestone. But the future is unclear.

“Once we reach the field, it’s almost like a campsite,” Rojas said. “We’re out there and keeping our distance, but once they start playing catching and throwing balls at BP … it feels pretty normal for us.”

Ramos and Edwin Diaz are some of the Mets players who chose to leave their families while attending this three-week session. Ramos, who lives in South Florida, has a 6-month-old son and mentioned the comfort of a swimming pool in the backyard and a playground near his home. Diaz, who lives in Puerto Rico, called it a “collaborative decision” with his family that he would travel to New York alone.

The regular season will begin July 23-24 with matches that are likely to be played in an empty baseball stadium.

“I have the same mentality as all athletes: we would rather have fans here at the ballpark,” Diaz said. “That is our goal of playing, but there is no pressure, with fans or without fans. I need to do my job and I know fans understand that. This is for our safety and their safety. “

“People I talk to, they feel good,” he said. “They feel confident to be here. Today is the first day and we don’t get many opportunities to talk, but everything I saw today feels good and I feel happy to be here exercising. I understand the part that we must respect. We must separate, but at the same time we must be mentally close. “

Ramos compared the 60-match season with the type of schedule he faced playing winter ball in Venezuela as a younger player. The Mets will play their entire schedule against NL East and AL East, minimizing travel.

“I know when you play in that short season, you have to think about it and I will tell my teammates how to play a short season,” Ramos said. “You don’t wait until the next day. You have to go there and play hard every day.”

See also  Greg Schiano, Rutgers' mother, about whether college football should be played