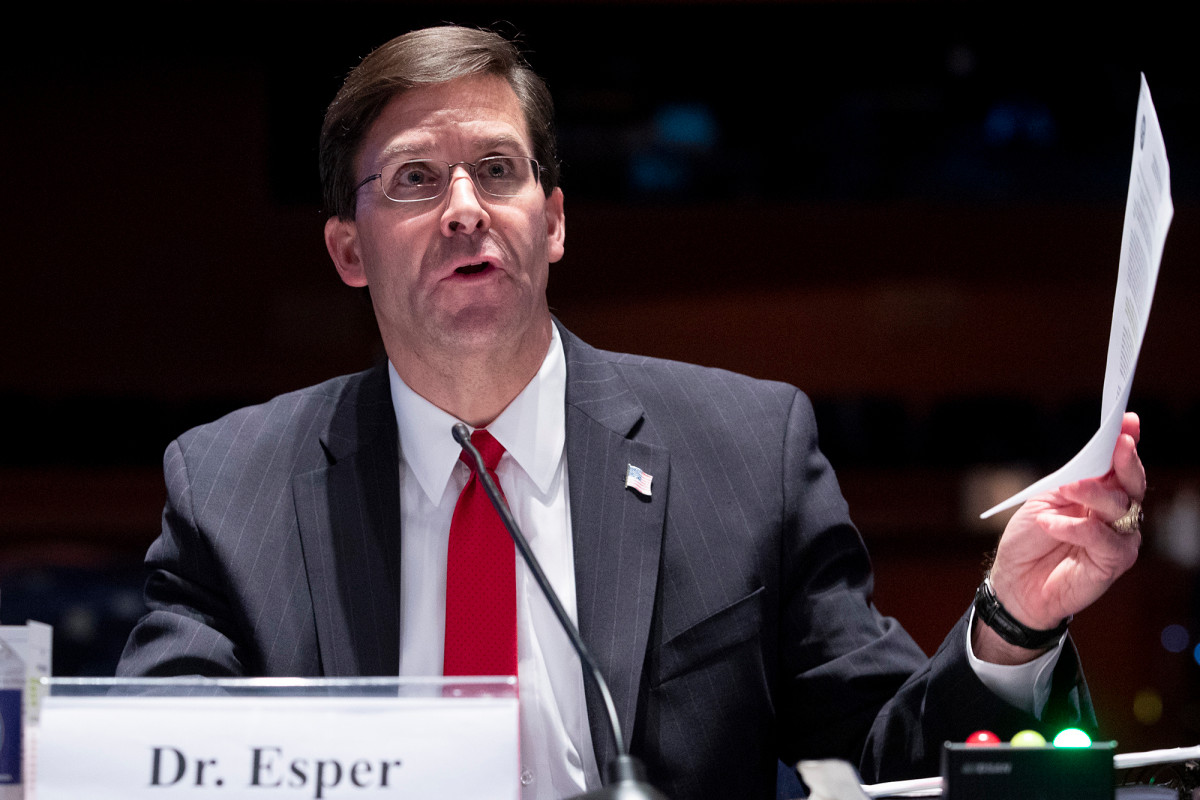 Defense Secretary Mark Esper said he was not informed of Russia’s alleged “gift” for killing US troops in Afghanistan – and that he would do so if there was credible intelligence.

Esper’s sworn testimony on Thursday to the House Armed Services Committee followed a bomb report last month that claimed that President Trump was briefed on the Russian prize and did not act.

Trump denied he was briefed and denounced the report as “another story created by Fake News that is only told to ruin me.”

“Members of Congress, as far as I can remember, I have not received a briefing that included the word grace,” Esper testified.

“If it is a credible report – what is important, a trustworthy report that can be trusted that uses those words, of course, will attract my attention with a chain of command,” Esper added.

“Things that haven’t happened yet are not classified,” Turner said, asking Esper frankly whether he was briefed on Russia’s prize in Afghanistan.

Later in the briefing, Esper said intelligence about the possibility of gifts “was not produced by DOD intelligence agents,” which meant they would come from civilian spy agencies such as the CIA or the National Security Agency.

“Illegal leaks are terrible, they occur throughout the government, especially in the Department of Defense,” Esper said. “This endangers our troops, and it only damages our government and our relations with our allies and partners.”

See also  The MP has not yet sent a request to extradite Rendeiro to South Africa. Protection Requires Bail Again - Observer

White House Press Secretary Kayleigh McEnany said last week that intelligence about the “prize” was not confirmed, and might never be confirmed because of the reporting.

“We will not be able to get – it is very possible not to be able to get a consensus about this intelligence because of what was leaked to the New York Times,” McEnany said.

Seoul Mayor Park Won-soon was found dead, hours after he was reported missing