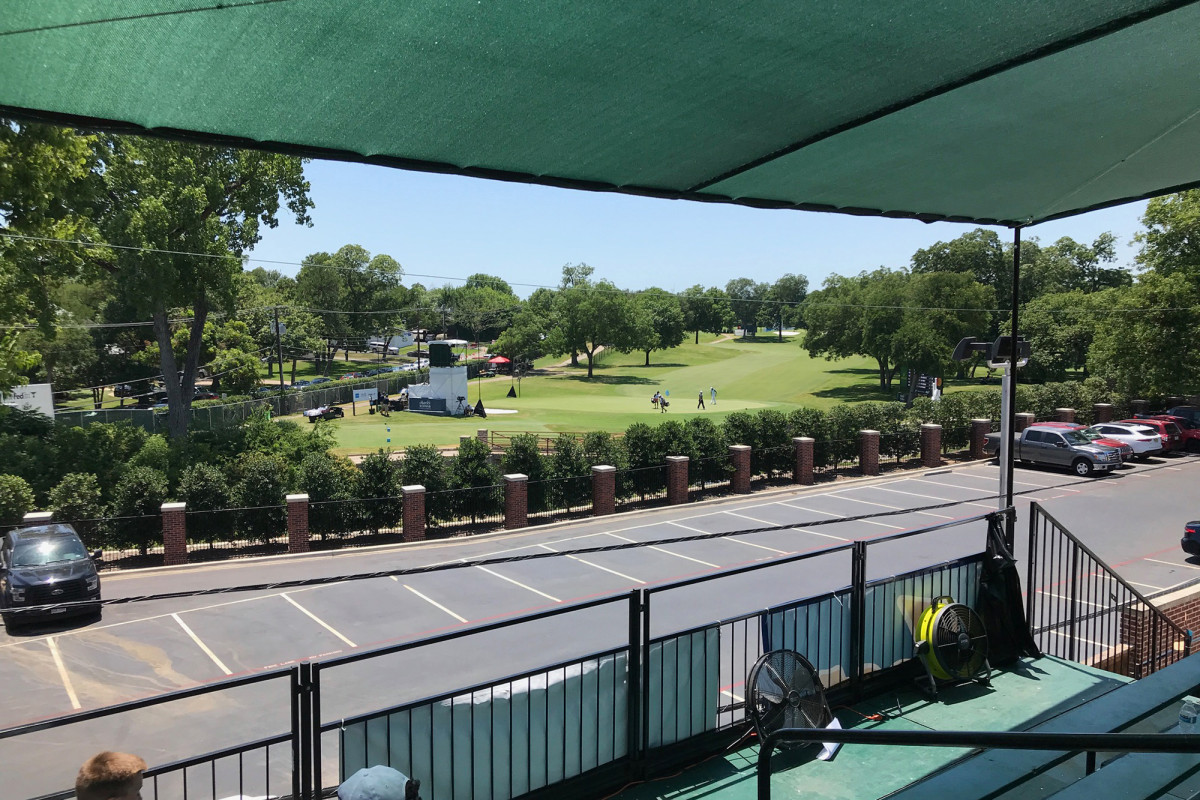 This was how it felt this week for me, for the first time leaving the cocoon in my home where I had taken shelter in the last three months.

I look forward to this.

But I was very worried about that.

But I’m not really sure I want to leave.

When the PGA Tour redevelops its tournament schedule in April, Charles Schwab’s Challenge at Colonial Country Club will be the first tournament to be played since the COVID-19 pandemic pause.

A few weeks ago, when I asked my editor what he thought about covering the biography again, the answer was, “We like you there as long as you feel comfortable leaving.”

Of course, I immediately told him that I was all-in. But quietly, I’m worried when the trip gets closer.

After spending the last quarter of the year sheltering at home, the whole exercise feels like re-entering a creepy new world with more unknown than before COVID-19.

Getting on the plane was very stressful. Will anyone sit next to me? In front of me? Behind me? What if someone behind me sneezes?

I was fortunate to have a fight with myself on the flight out, which slightly alleviated my anxiety.

I was not so lucky on my flight home, from where I wrote this correspondence. Twenty-two people were on the standby list and the plane was crowded.

Contradicting the global insistence of social distance when boarding a plane is a crime.

As I waited at the gate to ascend, the recorded message was played repeatedly at the Dallas / Fort Worth Airport which mandated that people remain six feet apart. But apparently, it’s okay five minutes later when you get on a plane to rub against someone you don’t know for the next four hours.

It sucks and strains and defines the phrase “mixed messages.”

Governor Andrew Cuomo has threatened to close New York City because he saw photos of a crowd away from the socials who were hanging out in St. Louis. Marks. But being crammed into a plane with almost no empty seats is that okay?

Where are the regulations responsible for 37,000 feet?

The next dilemma is the hotel. Would I feel comfortable putting my head on a foreign pillow at night? How can you believe that everything in the room is properly disinfected?

Then: Where will I eat?

For the past three months, my wife and I have been cooking and eating every meal at home. Restaurants in New York and New Jersey, of course, aren’t open yet – other than for takeout.

Some restaurants in Fort Worth feel like they are free for all, with 75 percent capacity already permitted, little attention is paid to social distance and almost no face covering by customers (fortunately, all restaurant staff wear masks).

It’s hard to understand the fact that some people are so arrogant about viruses, even saying they don’t care if they get it.

These people clearly haven’t been affected by COVID-19, haven’t lost loved ones or friends because of the virus – as we all did at The Post at the beginning of the pandemic when robbing our dear friends and colleagues Anthony Causi.

When the coronavirus crisis initially disrupted our lives, we were trained to stay at home, avoid possible dangers, avoid contact with viruses so that we would not catch them or send them.

The sports league was part of the first society to be closed.

And, while many worse things happen to so many people, in a small corner of my world, I am a sports writer without sports to cover up the end that appears before my eyes.

While the sports fan inside me really wants to watch live sports, the sports writer in me really needs them. When will we get a real game, a live broadcast for Chronicles again?

That time came for me last week in the Colonial, and that was therapy. It brings back at least a normal piece. And, the trip gave me more insight into what it was like in New York and New Jersey when we reopened restaurants and other businesses.

Reentering I felt successful – though anxious, but also useful.

Colonial, which has its best fields, produced a winner on Sunday night – Daniel Berger – and I have the privilege of taking notes for our Post readers. It feels at least a little like before before COVID-19.

Eventually, maybe, normalcy will appear. Whatever it is now.