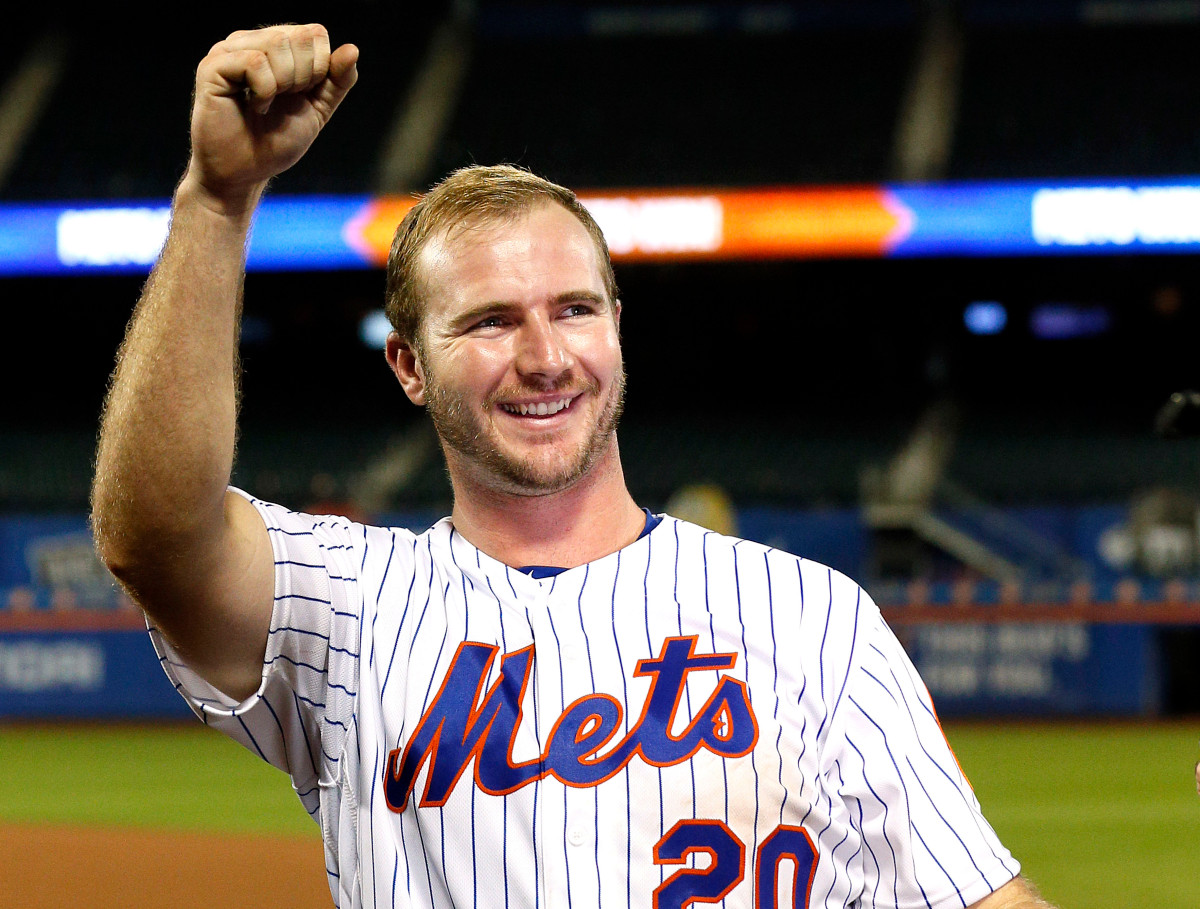 Pete Alonso is known for leading the crazy Mets performance last season by tearing his team mates’ shirts in the middle of the field and throwing ice buckets over him.

So how do you think the team should celebrate this season (if any) on coronavirus?

Alonso, a guest with Gary Cohen, Ron Darling, Keith Hernandez and Steve Gelbs SNY “Beyond the Booth Live” recently, was asked the best way for the team to celebrate in a socially acceptable way.

“I mean, is that a rule?” Alonso asked when this issue was his concern. “I don’t want to tie myself up, because I don’t know whether we will be fined or something, but how are we going to celebrate a six-foot walk-off?”

After struggling to come up with a direct answer – calling it a “head scraper” – the 25-year-old first baseman finally produced a cool answer after a few encouragement from Gelbs.

Gelbs put forward an idea about his teammate, Dominic Smith, whom he had previously thrown there during SNY’s previous performances. Smith proposed using a self-stick-like tool to keep pulling on the shirt.

“Or what we have to do is like using a hose to spray the person, like a field crew hose,” Alonso said. “I do not know.”

Even though Alonso hasn’t played, he contributed a lot outside the field during the coronavirus pandemic that supports frontline workers. He has also added his support to the growing list of athletes who condemn the death of 46-year-old George Floyd and support the Black Lives Matters movement and encourage greater racial justice and the end of police brutality.

Alonso, who said the Mets were a close group, also hoped to return to the field soon.

“This is a very close group, and I am ready to return after that,” Alonso said. “We all attract each other and this is just a very nice environment and a great group of people. I am happy every time we return. “

NASA spacecraft sends back images of stars from a distance of 4.3 billion miles