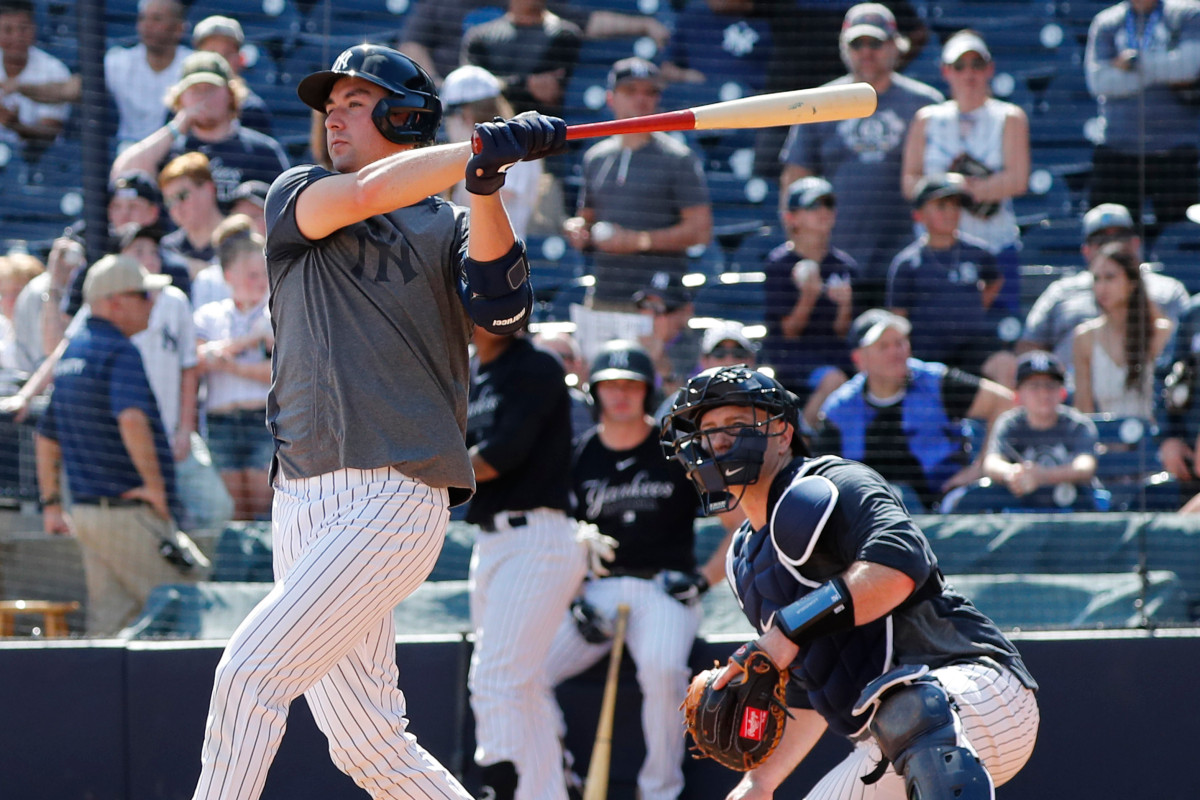 Yankees catcher Kyle Higashioka has brought Post readers behind the scenes as he tries to stay ready for the 2020 season amid a coronavirus pandemic. As told to Ken Davidoff.

Hello for the last time from Oregon. I have been here for more than three months now, but now it’s time to get back to work. I leave Tuesday for New York, and I will be at Yankee Stadium on Wednesday to start summer training.

The last few days before the season became official, I knew that this was a difficult time, when something needed to happen, I was actually very nervous during those few days. I am glad that something is known. My agent at the Beverly Hills Sports Council deals with me a lot, giving me the latest news. I didn’t reach out to our team representative Zack Britton too much. I tried to give Britt a break. I think everyone texted him. He might be flooded with calls and texts. I do not want to worsen it.

I am optimistic that we have a season, and I think optimism certainly pays off. It relieves a lot of stress when you don’t constantly worry about negative results, even though it’s certainly possible. I always imagined if the worst-case scenario would occur, then we would cross the bridge when we got there. There’s no point in worrying about it all the time. I couldn’t be happier that we at least get a chance to start the season, and hopefully we will finish it to the end.

It’s more or less up to us to try to isolate ourselves by acting as straight as possible and trying to keep our distance from others. We have to be in a fairly controlled environment once we get to the field. Obviously far from the field, we must isolate ourselves. I think if we do our best work, hopefully we will be fine. On the road, I would just go from the hotel to the field and that’s it, and that would be the same thing in New York.

With all the new rules, it will definitely be different. I think a lot of it is in place for our safety and just to make everything work during this strange season. It is okay. I’m glad we got the chance to go back there and play.

This shutdown has given many people time to think, and of course I have more free time than I normally do this year. I think the only realization I was aiming for was, almost like I could not believe that something like this, a crazy year, had happened in my life. Even though for the last 100 years in the history of our country, I believe we have experienced many years that are just madness – but I think this is the first year of my life that this chaos will go down. Things like this have happened throughout history. People in the past must face it, and we will deal with it now.

For anyone who reads this, I really appreciate you following me and following what happened in my life during this whole process. I am quite disappointed that we cannot have fans in the stadium. It’s a kind of team heartbeat, both at home and on the road. That’s one of the best things about playing in New York, fans. I hope everyone can watch us safely on TV, and hopefully we will put a good product on the field and win other championships.

From the Qing Empire to the People’s Republic, China’s concern about separatism deepened