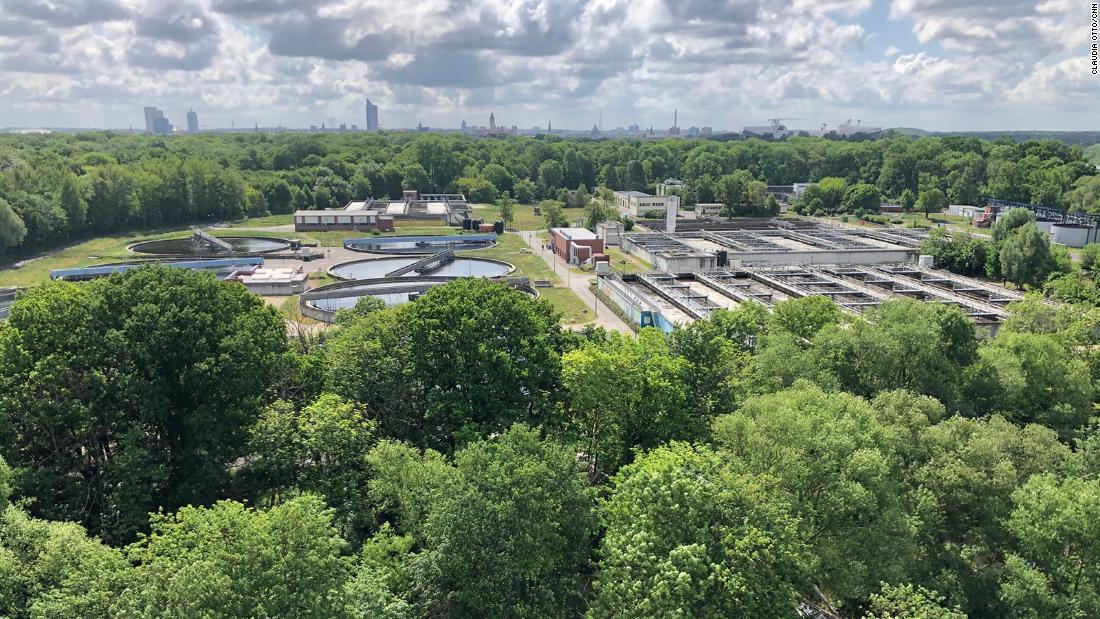 The main goal is that almost all waste plants install this coronavirus early warning system to track the spread of Covid-19.

“That will be the first test path,” said microbiologist Hauke ​​Harms, one of the research leaders. “You will start with our measurements and then you will know where to go to find the reason. Usually this is a hospital, or I don’t know, the factory where you experienced an outbreak. And then someone has to test people.”

The concept seems simple enough: Waste contains virus remains from human feces. If the concentration suddenly surges, the waste factory will detect it and warn the authorities to take action and begin targeted testing for the area in question.

The sewage plant in the city of Leipzig, eastern Germany – which can serve a population of between 100.00 and 600,000 people – was among those who took part in the study.

“If it is possible to have an idea of ​​the concentration of coronavirus in wastewater, we can count the number of people infected in Leipzig and this will be very interesting in a coronavirus strategy,” Dr. Ulrich Meyer, Leipzig’s technical director for irrigation.

But in reality, it’s not that easy. At Leipzig’s main wastewater plant, samples are extracted every two minutes when wastewater flows 24 hours a day.

Scientists at Helmholtz admit that finding a small amount of genetic material (or RNA) from a virus in a giant waste river is a huge task.

“We have a very high volume of wastewater and it is a challenge to find traces of the virus in sewage waters,” said Rene Kallies, a virus expert working on the project. “So we have liters and we have to lower it to microliters to get enough for RNA extraction and that’s the challenge.”

However, scientists say they can detect Covid’s spike in one day and send the information to local authorities.

Another challenge, the scientists say, is the low number of new infections currently in Germany, which makes finding the virus more difficult and means that one infected person can change test results.

“You may have heard of this super spreader and there is also super excretion, for example. People who emit more viruses than others and of course this gives you the wrong idea about the number of people infected,” Harms said.

Germany has been considered as an example of a country that has succeeded in warding off the worst damage from the virus. On Friday, it had reported more than 182,000 cases of Covid-19 with around 8,400 deaths, significantly lower than other European countries.

Tracing the virus in feces is nothing new and German researchers are not the only ones working to try and use feces as an alarm system. In February, scientists at the Netherlands KWR Water Research Institute discovered the virus in six sewage plants in the country, including one that serves the main international airport in Schipol. KWR said it had developed a method for monitoring the presence of viruses in wastewater and said testing of wastewater had clear benefits.

On Tuesday, was announced KWR data will be integrated into the Dutch government’s Covid-19 monitoring dashboard.

German researchers believe that testing wastewater will be a factor in the network of steps to detect outbreaks.

But they admit there are still problems to be solved, although they say they believe the system will exist and work in the second half of 2020, in time to help accommodate the possibility of a second wave of coronavirus.

“I think we can offer something before the next wave,” Harms said, referring to a detection system that can be used by the state and sewage systems. “So, if the next wave comes in the fall or early winter, then we must have something.”