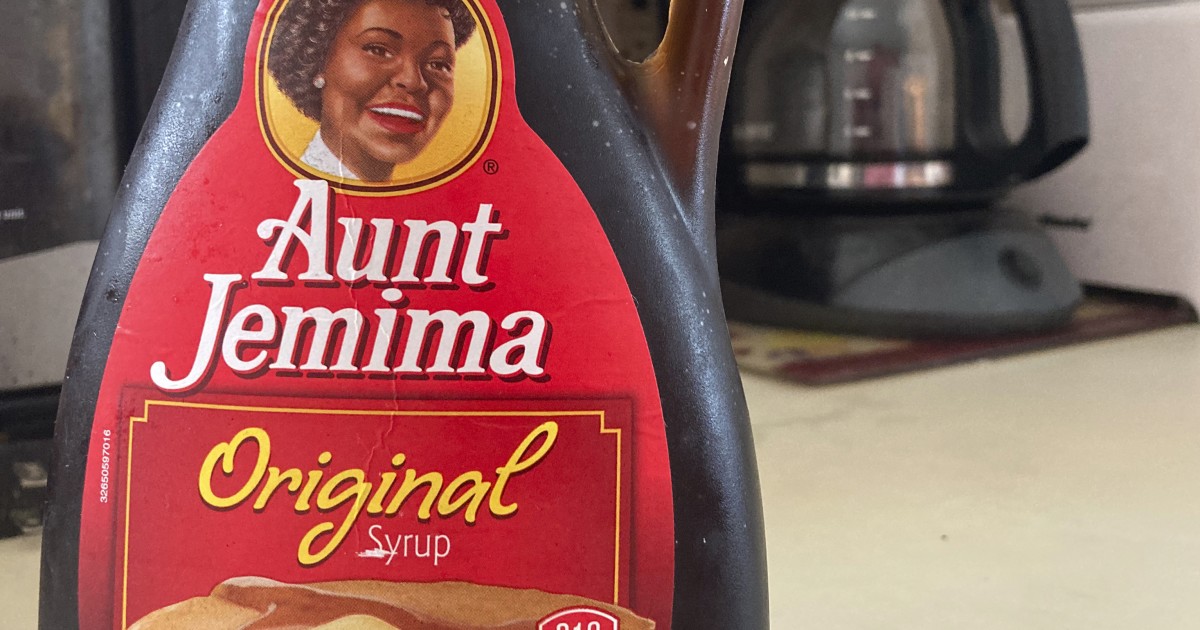 Aunt Jemima, an old brand that was finally rested this week, has slavery in its corporate DNA.

Nancy Green, who played Aunt Jemima when the character was introduced at the World Columbia Exhibition in Chicago in 1893, was born into slavery six decades earlier, on a plantation in Montgomery County, Ky.

However, Green’s friendly personality made him the perfect company mascot, launched the name of Aunt Jemima and started dubious marketing for more than a century. He was offered a lifetime contract to continue to appear as a character, the first of many black women to play a role.

Aunt Jemima, along with Uncle Ben, who was also announced this week to get a heave-ho, was not responsible for stereotyping. Bigotry is nothing new.

But the undisputed racist brand, and its confusing longevity, speak of the power of marketing in reinforcing offensive stereotypes.

Simply put, if American companies do not provide full support to create and promote these images as a sales tool, making them both culturally legitimate and highly profitable, it can still be debated whether the country’s racial division will run for so long.

“There is very strong support for that premise,” said Jerome Williams, a business professor at Rutgers University. “American companies perpetuate this situation.”

Judy Davis, a marketing professor at Eastern Michigan University, is even more assertive.

“Advertising and marketing play an important role in selling white,” he told me. “They have played a role in perpetuating the image that whites are superior.”

Williams tells how, as a child, his mother would present Aunt Jemima’s pancakes or Uncle Ben’s rice, and the stereotypical brand was never registered as racist.

“That is only part of the background noise,” he said. “I remember watching ‘Amos and Andy’ on television and laughing with the program.”

Come to think of it, he realized how much cultural damage was done.

“That is a very disgusting picture,” Williams said. “But like many African-Americans, I just accept this as it is in the world.”

That is now changing, hopefully forever, when America and other countries shine a sharp spotlight on racial persecution, inequality and insensitivity after George Floyd’s death and amid the revival of the Black Lives Matter movement.

Quaker Oats said on Wednesday that Aunt Jemima had retired after more than 130 years of launching the brand.

“As we strive to make progress towards racial equality through several initiatives, we must also pay attention to our brand portfolio and ensure they reflect our values ​​and meet the expectations of our consumers,” the Pepsi-owned company said in a statement.

Mars, the owner of the Uncle Ben brand, immediately followed suit, stating that the time had come to change the “brand identity” of the product.

“Now is the right time to develop the Uncle Ben brand, including its visual brand identity, which we will do,” the company said. “We don’t know yet what the changes are and the exact time, but we are evaluating all possibilities.”

This is a step that is commendable. But it is hard not to wonder whether they are less an indication of corporate enlightenment and more of an awareness that no more money is being made to perpetuate old and ugly stereotypes.

The brand of Bibi Jemima has long reflected the values ​​of time that are less awake. The core problem, a magazine ad from 1938 which depicts the white Jones family lamenting the plight of Mom’s pancakes.

And there was Aunt Jemima, in full “Mammy” clothes, standing at the window saying, “Dey really needs me at home!”

Such marketing might not make people prejudiced. But it gave the company seal of approval for such thinking.

Branding is very strong. Can teach the world to sing and enjoy a bottle of Coke. And that can promote self-satisfaction of white superiority.

“After something is considered normative, it’s usually not questioned and taken for granted,” said Sonya Grier, a marketing professor at American University. “Like a fish in water. And this will allow such stereotypes to be perpetuated consciously or unconsciously in society. “

Seeing Aunt Jemima in a box of pancake mix, he said, brought home the idea that a black woman was included in the kitchen as a servant or guardian.

“The lack of discussion, especially cross-racial discussions on this issue traditionally, does not allow stereotypes to be challenged at the level of private individuals,” Grier said.

Even deeper than that.

“While brands such as Bibi Jemima and Uncle Ben cannot be entirely blamed for systemic racism, by using these stereotyped icons to represent their brands, they give credence to such stereotypes on a global platform,” said Monique Bell, a marketing associate professor at Fresno State .

“Black people, and other underrepresented groups, have faced implicit biases, and this representation only encourages prejudice and further dehumanization,” he said.

Recently, it feels like every company under the sun wants to show its commitment to racial harmony and diversity.

Some of these declarations are undoubtedly sincere and aim to promote positive change. Others may be a little more than me- become accomplices.

“I am somewhat skeptical,” said Kevin Thomas, assistant professor of multicultural branding and strategic communication at Marquette University. “I believe this is more of a calculation on this part than a marketer.”

We will see later.

“If your company is committed to change, it can’t just be about changing symbolism,” Davis said at Eastern Michigan University. “Dropping certain names and images is the beginning, but there is much more the company can do.”

In fact, it took several generations for the influence of racially questionable marketing decades to be overcome.

Davis said that when he first heard about Aunt Jemima, he felt grateful. Then he made some pancakes.

They are not Aunt Jemima, but the connection is made.

Brand is a great thing. And they should not be tolerated when they make mistakes.