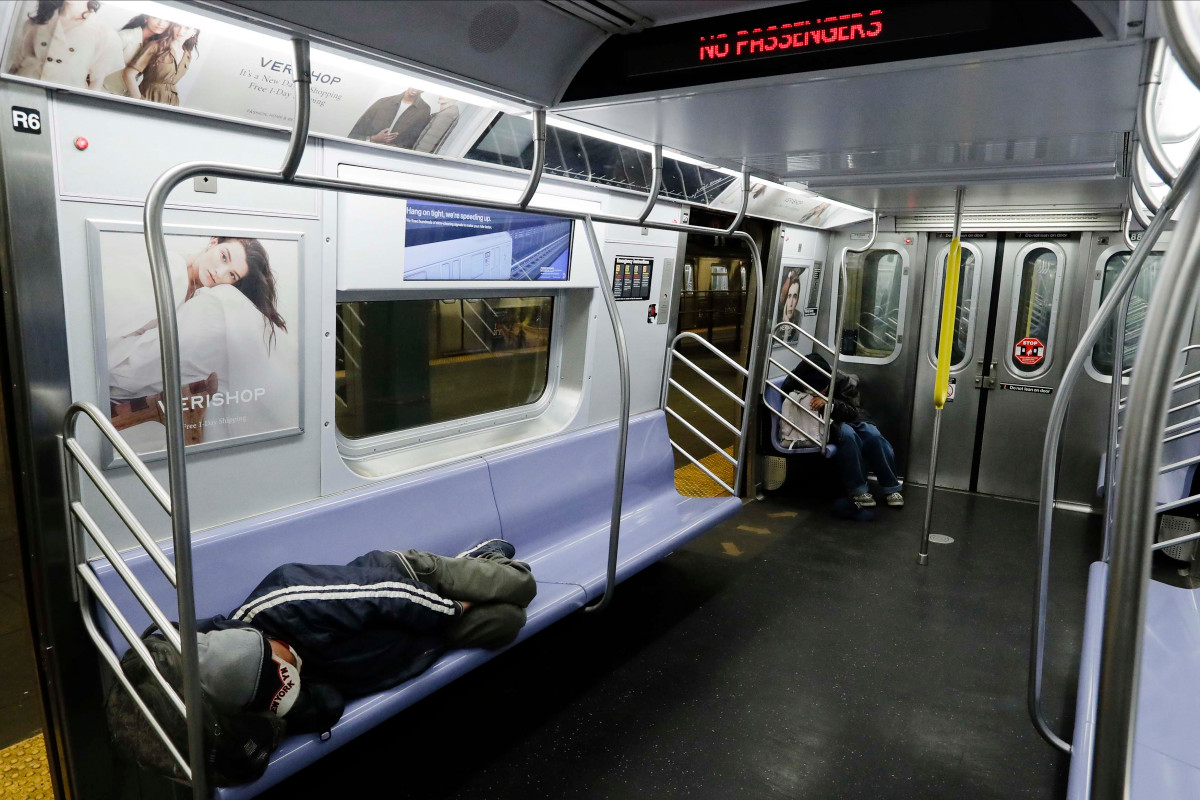 The multi-million-dollar MTA effort to reduce the homeless population on the city’s subway is a costly effort, the agency supervisor said in a damning new report.

Complaints about homelessness in the system surged after last year’s agency changed its annual $ 5 million effort to eject unprotected from subway trains and to shelters – while train delays related to homelessness continued quickly, the office of MTA Inspector General Carolyn Pokorny found.

The “very expensive” and “minimally effective” program spends at least $ 2.6 million in overtime above contact – but a team of 10 MTA police and social workers from the Bowery Citizens Committee contractor lure only three transients from the system per station per night, the report said that.

“At night, OIG staff observed the program, dozens of people who appeared to be homeless stayed on the train for every 1 who received service,” IG staff wrote.

Apart from the MTA “good faith” program, delays related to homeless individuals continue their upward trajectory since the first half of 2019, IG reported. Incidents involving homelessness caused 100 delays per month in January and February.

Drivers’ complaints about homelessness, meanwhile, jumped in August after months of decline, IG said. In February, the last month of data available, MTA received 550 complaints – almost double that of February 2019.

Teams began trying to persuade homeless people out of the system at the tip stations last summer after Governor Cuomo declared their presence in transit “terrible” and “the worst ever.”

But the effort was mainly overcome by MTA’s limited ability to force homeless people out of trains and a large network of community failures that have increased homelessness, the IG office concluded.

The IG Office launched an investigation after auditors from the state’s Financial Supervisory Office Tom DiNapoli accused BRC workers of spending only 26 percent of their time conducting outreach directly to homeless individuals – half of the amount of time required by the company’s $ 5 million contract.

Pokorny himself went to inspect the situation at the Grand Central Terminal and Penn Station last year and sent a scathing letter to the agency saying he “saw people searching for food in trash cans just steps from the door of the BRC Office and homeless people lying on the ground directly outside the BRC Office . “

In the end, the IG investigation concluded that the BRC could explain its existence.

However, MTA failed in several ways to monitor the program and did not have a clear understanding of what would happen to the homeless if they received assistance from the BRC.

Outreach providers who note homeless people have reached “placement” if they receive a variety of services – even services that might get them back on the subway soon, the IG found.

The entire program was effectively suspended in May, when MTA took the unprecedented step of shutting down the system every night to clean up the homeless and clean the train in the middle of a coronavirus. The agency also instituted new rules that forbade roaming the stations.

Itang recommended MTA to look closely at whether it is worth “spending millions every year” on this scheme when the subway is fully reopened – and needs to provide better oversight if so, the report said.

See also  Recession in Australia: Economy had its worst quarter on record

MTA accepts the findings of the IG and promises change.