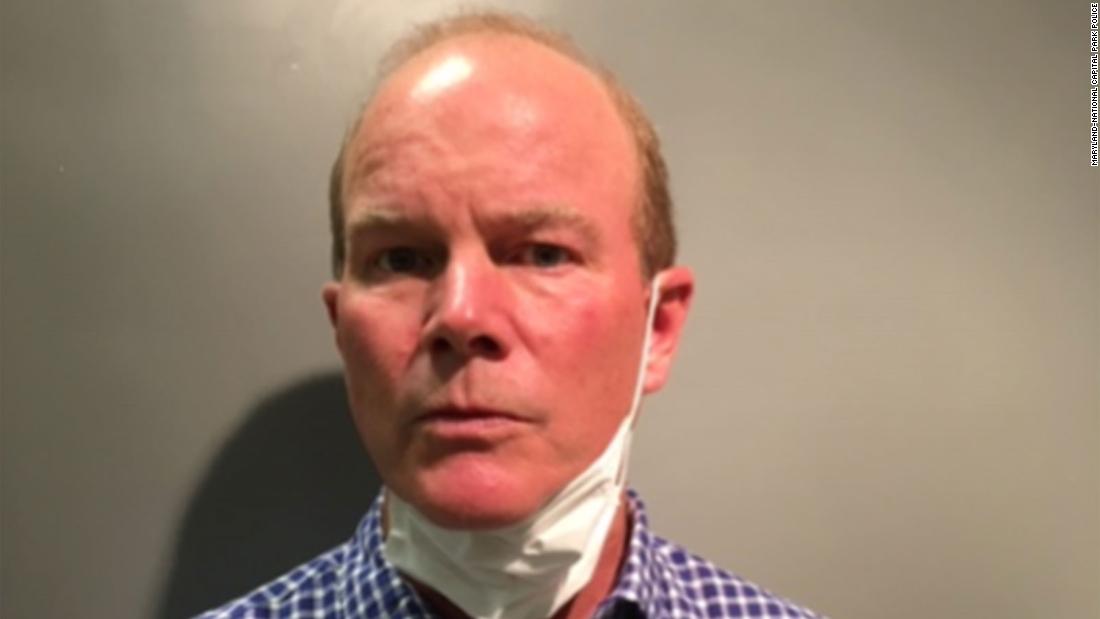 Anthony Brennan III, 60, from Kensington, Maryland, was arrested Friday and charged with three second-degree assault charges, according to the Maryland-National National Park Police.

In a statement issued through his lawyer, Brennan apologized, saying he admitted “his outrageous behavior” was “unacceptable and wrong.”

“I am sick with remorse for the pain and fear I caused to victims on the line and online,” he said, adding that he was cooperating with the authorities. “I am committed to correcting mistakes by handling, through counseling, the fundamental problems that cause my repulsive behavior.”

Brennan said he was “dedicated” to working to bring peace to society and justice for “all victims of racial and police brutality.”

The incident occurred on Monday when a man and two women walked on the Capital Crescent Trail in Montgomery County posting leaflets in support of the Black Lives Matter. According to police, the suspect began arguing with them about the leaflets and forcibly took several leaflets from one of the victims.

He then pushed his bicycle towards the male victim which caused him to fall to the ground, according to police. Male victim recorded the whole incident.

After that incident the Maryland-National Capital Park Police asked the community to help find suspects and community members sent hundreds of tips over the past few days. The police used various sources to strengthen the information before identifying Brennan.

The park police contacted Brennan and his legal counsel on Friday and they agreed that Brennan’s home be ransacked while members of the Montgomery State Prosecutors’ Office and Park Police were present. The police said they found and confiscated evidence at home.

Police then served Brennan with an arrest warrant Friday night, after he voluntarily surrendered, said a police statement.

The Maryland-National Capital Park Police have thanked the victims for their courage and civic involvement to move forward on this issue. They also thanked the community for giving tips and information.

The man who videotaped the cyclist facing him and his friends while putting up the sign had asked CNN not to identify him for fear of retaliation.

CNN cannot independently verify what happened before and after the video and has contacted Brennan’s legal counsel to provide comments.

Anna Sturla and Rebekah Riess from CNN contributed to this report.

See also  He spoke Portuguese, brought all the hits and sent many kisses: Bryan Adams at the helm of MEO Mares Vivas - Showbiz
Continue Reading