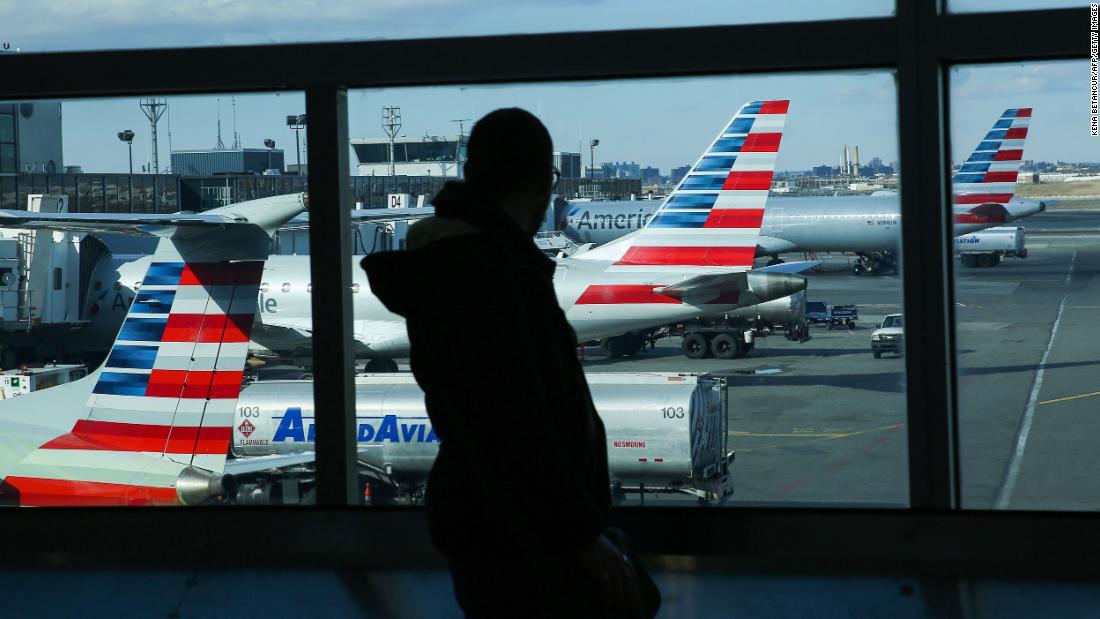 Passenger Brandon Straka was asked to get off a flight from New York to Dallas after he refused to wear face coverings as required by American Airlines policy, the airline confirmed in a statement.

This is the first known incident of this type since the airline announced plans to put on more masks.

Wearing faceplate on airplanes is not mandated by law, but airlines have instituted their own mask requirements for crew and passengers. This week, several major US airlines, including American Airlines, promised that they would take a hard line to enforce their policies.

American Airlines confirmed the incident on Flight 1263 from LaGuardia New York to Dallas / Fort Worth, saying that Straka refused to wear face coverings.

“After he refused to obey the instructions given by the flight crew, our team members asked him to get off the plane. He got off and the flight left the gate four minutes late at 12:34 pm ET,” the airline said in a statement.

Straka was re-ordered on the next flight after he agreed to abide by company policy, the airline said, and America contacted him for more information about the incident. Straka said he wore a mask provided by the company but took it off when he was on the plane and no one complained.

“This is crazy. Really crazy,” Straka said deeply Periscope post on social media. “We don’t even have a choice anymore.”

Straka told CNN in a telephone interview that the flight was about to leave when “one of the flight attendants came to me quite aggressively and said, ‘Sir, you must wear your mask.’ And I said, ‘Well, I don’t have that.’ ”

See also  VIDEO: Diogo Hota scores and decides a penalty to save Liverpool

Straka is a conservative personality who appeared on Fox News. He described himself on his website as a former liberal who encouraged people to leave the Democratic Party.

When asked about the mask, Straka said he was anti-mask for himself, but he saw it as a personal decision. Along with T-shirts and other items, Straka sells masks on his website.

The flight attendant said he needed to wear a mask to be on the plane, Straka said, and showed that it was legal.

“I’m just annoyed at the fact that there are no conversations. I said to him, ‘That’s actually not the law.'”

In a video posted on Twitter by a New York Times reporter who was on the plane, an argument about the mask policy was recorded.
The clip, which did not capture the entire argument and provided audio but there were no images from the speaker, included an exchange of medical conditions and a female voice was heard asking about medical documentation. Straka was also tweeted about that incident.

When asked by CNN if he has a medical condition, Straka declined to comment but said, “I find it difficult and expensive to wear a mask, yes.”

He said that he had never had a problem with not wearing a mask on a flight.

“I fly sometimes two or three times a week, and even during shutdown I fly a minimum of once every two weeks. I am quite accustomed to traveling and this really has never been a problem. Not once, even with this airline,” said Straka.

While US aviation officials have not mandated face masks for air travelers, the head of the Federal Aviation Administration said in congressional testimony on Wednesday that passengers were expected to wear masks when directed by flight attendants.

FAA administrator Steve Dickson said in his testimony that air passengers must wear face coverings “for their own protection and to protect the people around them. Face cover is very important in situations where social distance is not possible.”

Pete Muntean and Gregory Wallace from CNN contributed to this report.

See also  The Portuguese language was one of two subjects whose average level rose.