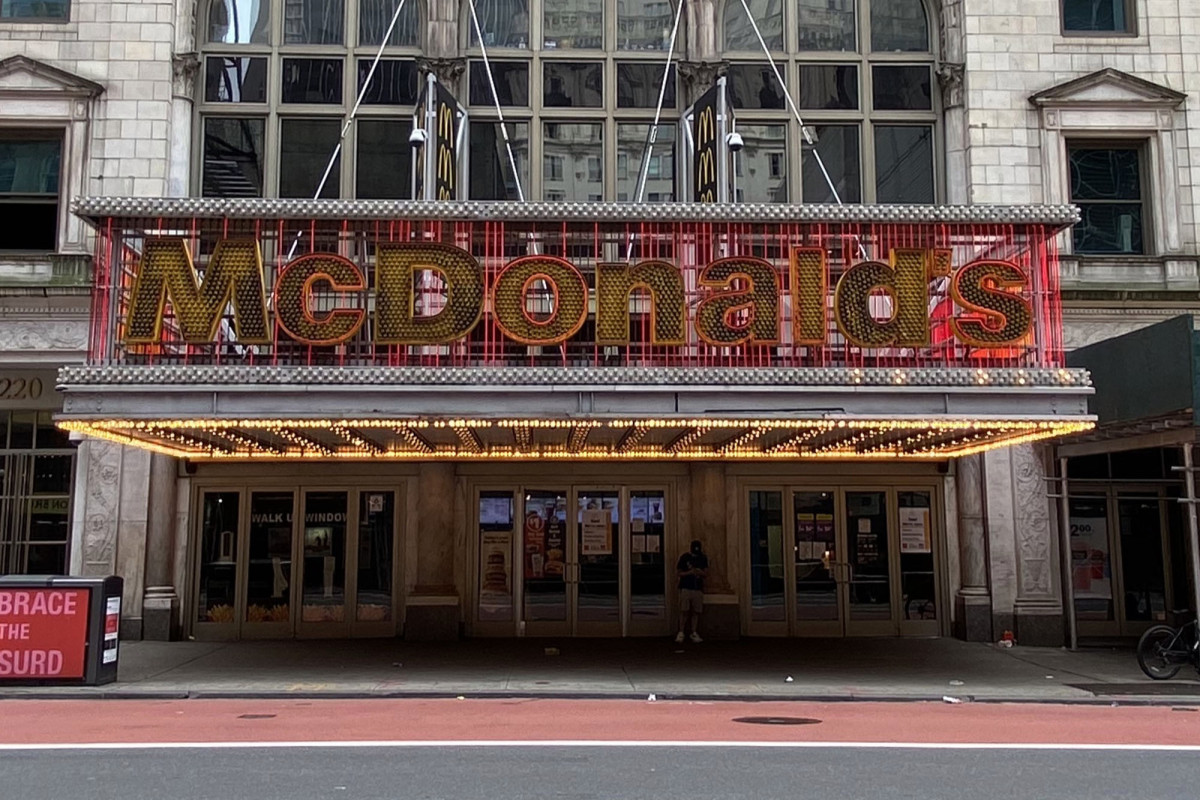 McDonald’s is closing its former four-storey flagship on West 42nd Street in Times Square, The Post has learned.

Opened 17 years ago, the food stall – whose entrance is lit with 7,000 tent lights like the Broadway theater – was scheduled to serve the last Big Mac on Tuesday, company officials confirmed.

A spokeswoman for the company based in Oak Brook, Illinois called the closure of the restaurant “a difficult decision,” although she insisted it was not linked to the coronavirus pandemic, which has devastated haunted tourists like Times Square for months.

“McDonald’s regularly reviews its restaurant portfolio to make the best decisions for our business moving forward,” a spokeswoman told The Post in a statement.

“We launched national programs in the store such as a salad program with Paul Newman, World Children’s Day and Sanitary [free] WiFi, “Kruger said.” The store is in McDonald’s annual report. “

In 2003, presenter Diane Sawyer worked behind the desk for a day for a story on ABC “Good Morning America.”

But its flagship status ended last year when the largest restaurant company in the world opened an ultra-modern, all-glass restaurant a few blocks away on 1530 Broadway.

Located in the former Toys R Us store, the new McDonald’s has 18 self-ordering kiosks – and only five cashiers – as well as multi-level banquets and table service.

Management has even considered hiring a new luxury flagship for private events, including as a destination for New Year’s Eve because of its views on ball-dropping at Times Square, sources said.

“We look forward to continuing to serve our customers on McDonald’s main vessels on 45th Street and Broadway and in neighboring communities,” the spokesman said.