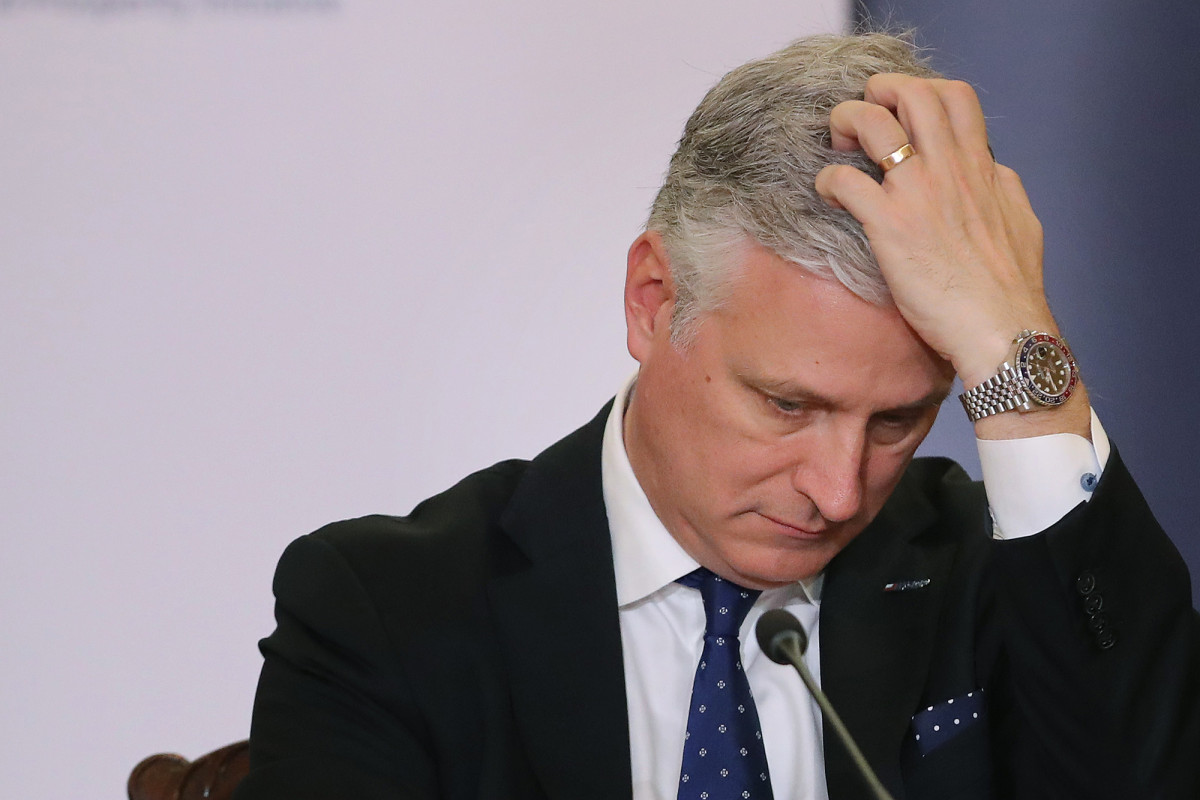 The White House national security adviser said on Sunday it was “outraged” that three Minneapolis police officers who participated in detaining George Floyd in the moments before his death had not been charged together with Derek Chauvin.

“This is really a big anger. And I want to know where the investigation was conducted with the officers. What do they think? I mean the same as humans, leaving aside first responders and police officers,” Robert O’Brien said on ABC News’ “This Week.”

“I cannot imagine that they will not be charged. I do not want to prejudge anything, but what we have seen is terrible and has stood up and allowed that to happen … and that only shows a lack of humanity,” he continued.

Chauvin, who was shown in a video image pressing his knee against Floyd’s neck for nearly nine minutes last Monday, was charged with third-degree murder and second-degree murder by a district attorney in Minnesota on Friday.

Like Chauvin, three officers who helped with Floyd’s arrest have been fired.

But the three – Tou Thau, J. Alexander Kueng and Thomas Lane – have not been charged with the death of Floyd, who was unarmed and handcuffed during the meeting, pleading: “I can’t breathe.”

O’Brien questioned how Chauvin, who had filed 15 complaints against him for 19 years working in the department, two of which resulted in a reprimand, even in the police.

“I mean, why is that person still in the police department – I said he had a long record of bad behavior,” he said.

O’Brien said police like Chauvin had to be “revoked.”

“And there are some bad apples out there – whether they are racist or not trained or they are just cruel, they must be deprived of law enforcement because 99.9 percent of our law enforcement Officers are heroes and they do a great job of protecting the American people,” he said.

However, he said he did not believe there was “systemic racism” in law enforcement.

“I don’t think there is systemic racism. I think 99.9 percent of our law enforcement officers are great Americans,” O’Brien said in a separate interview on CNN “State of the Union.”

Demonstrators rallied in Europe in solidarity with US protesters