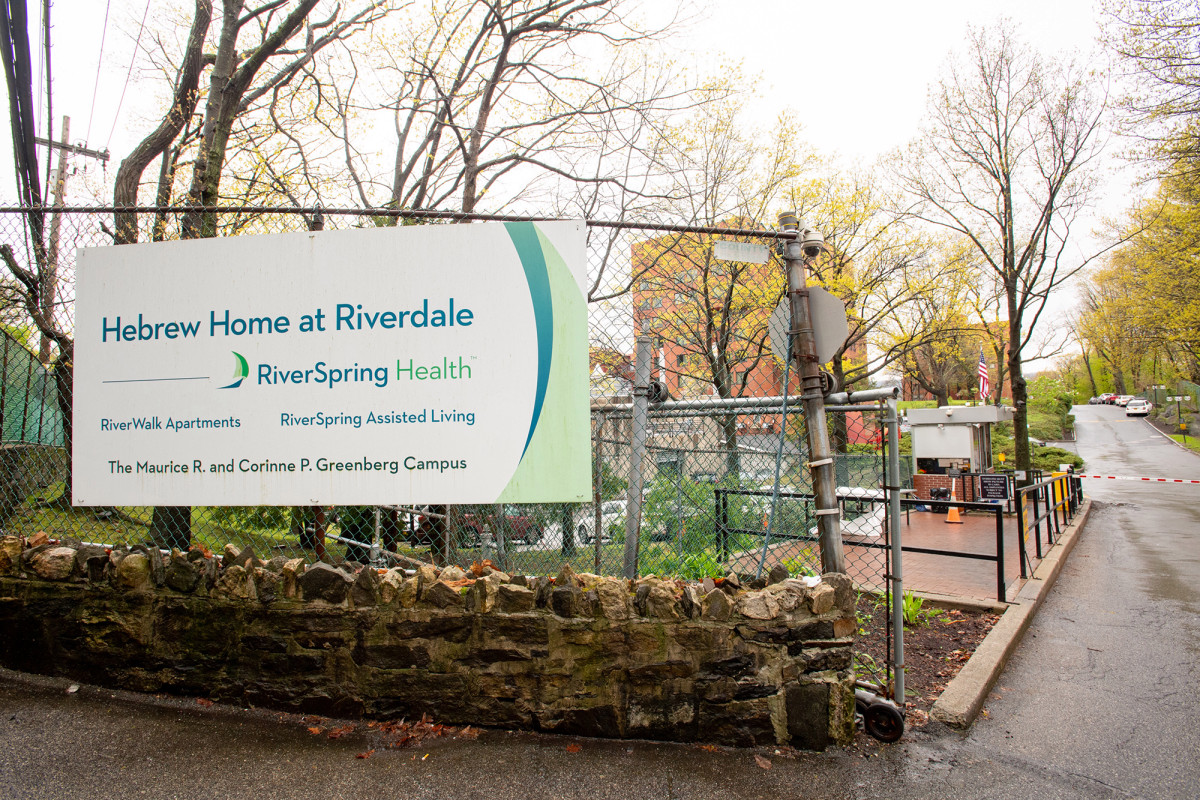 The state health inspector descended on the Hebrew House in Riverdale and tested the population for the corona virus after The Post reported that the house had more deaths than the official state.

The inspection team also reviewed the records of every patient who died at home since the coronavirus pandemic began.

Deaths soared at home with 751 beds in March and April to 119 when the pandemic peaked. But the Hebrew Home reported to the country only 18 deaths due to the corona virus at the facility on May 14, which led insiders to say it was a secret.

CEO Daniel Reingold did not dispute the total number of deaths in the News 12 interview, but blamed them on patients who were weak due to a rough flu season and a previous outbreak of norovirus, a stomach ailment. The house claims to have been transparent in reporting deaths to the country.

But two insiders told The Post that the house barely tested residents for the virus, saying that it would not change treatment plans. The lack of results will allow it to claim the population did not die because of COVID-19.

A spokesman said the house followed the CDC testing guidelines, but acknowledged there was a shortage of test kits “from the start.”

The family told The Post that when their loved ones got sick, they asked for a coronavirus test and were refused.

“They called us and said,” Your mother is sick, she has a fever. It could be a corona virus, ‘”Russell Freeman remembers, saying staff later claimed,” We can’t test it because we don’t have a test. “

He died five days after the phone call. Her 75-year-old mother, Susan Charton-Kaplan, suffers from dementia but is declared healthy. The grandmother of four is a social worker who spent her career working with seniors.

Freeman was allowed to make an end of life visit and was shocked by the lack of preventative measures.

“I hope the rooms are closed in a certain way, but they don’t do anything,” he said.

The April 19th Charton-Kaplan death certificate says he died of natural causes. Freeman said he was told that the house could not conduct post-mortem testing.

He called the new DOH testing of patients in the Hebrew House “too little too late.”

He said the house refused to do a coronavirus test while his father was still alive, or after he died. But he said he said he had no doubt the cause of death was COVID-19.

“We celebrated my 96th father in January and his health was very good … Now as a result of the poor evaluation of the Hebrew House, lack of testing and proper precautions, we buried him,” Stone said.