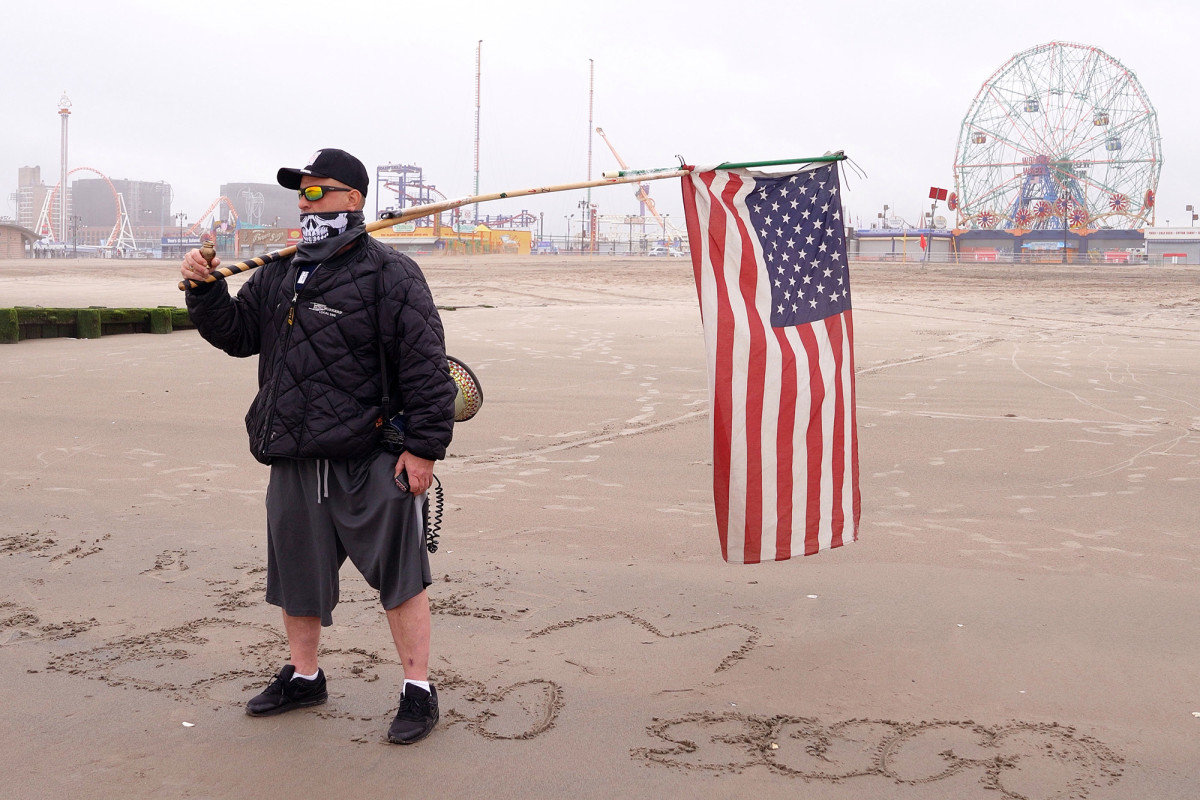 Few people dare to challenge the gray rain falling on Coney Island on Saturday – but for one patriot, Memorial Day weekend begins there at the edge of the silvery water, when he tearfully sprinkles the ash of his Vietnam veterans father .

“I waited years to do this,” his son, an iron worker from Queens, told The Post.

Earlier Saturday, his son stood on the beach holding a large American flag and a small metal box which he said contained the remnants of a former Marine Sergeant. Joseph Kevin Lennon.

His son, Sean Lennon, 50, from Sheepshead Bay, has photographs of his father, currently serving in his military police uniform, but has few memories to share.

His father, he said, suffered from severe mental illness after the war.

“He lost his mind in Vietnam, when I was a baby,” Lennon said. “He is not a big family man. I have known him for about five years in my life.”

The best memories of some of these are located on Coney Island.

“He will bring me here because it’s free,” Lennon said.

“He never had money. He will make me a sandwich, and I will feed the birds. We will go into the water. “

His father, whom he described as a military police veterinarian, was an action-packed, hand-to-hand battle, and would not appreciate today’s battle against an invisible virus.

“He will not stand for this – t. Fear. Only people feel very helpless,” Lennon told The Post.

“My father is not one who has seen fear – he faces fear and says, ‘You better fear me, fear.’ That’s the type of man I remember. “

See also  One million international students are at risk of being expelled from US universities by ICE. Some might never come back
Continue Reading