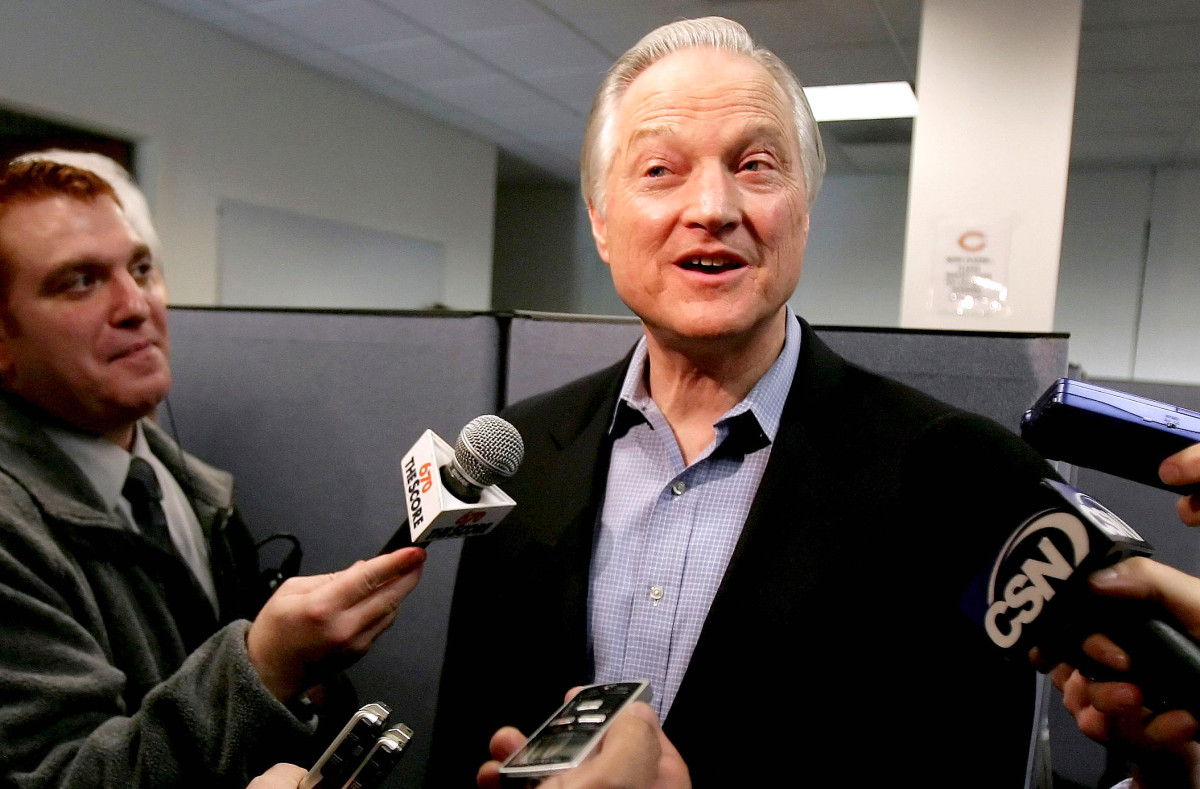 LAKE FOREST, LAKE – Michael McCaskey, who led the Chicago Bears for almost three decades after the death of his grandfather, George Halas, died Saturday after a long battle with cancer, the team said. He is 76 years old.

Yale’s graduate and the oldest of Ed and mother of team leader of 11 Virginia McCaskey children, Michael joined the family business in 1983 as president and CEO after the death of Halas, an NFL founder and franchise. He replaced Ed McCaskey as chairman in 1999 and remained in that role until brother George McCaskey took over in 2011.

The Bears made 12 playoff appearances and won their Super Bowl singles title during Michael McCaskey’s tenure leading the franchise. He was selected as NFL Executive of the Year by his colleagues after the 1985 championship season.

“Mike has succeeded in everything when he took over George S. Halas after the death of ‘Papa Bear’ in 1983,” the McCaskey family said in a statement. “We thank Mike for overseeing the best team in NFL history, and for his years of service to the Bears and to us. The eldest of 11 siblings has many assignments given to him, not all of them are fun, but Mike handles them gracefully and patiently. “

Although his death was not caused by a novel coronavirus, McCaskeys said they could not “gather and mourn together now” because of the COVID-19 pandemic.

“Our hearts are directed at those who have lost loved ones because of COVID-19,” they said. “Our focus in the coming days is to celebrate Mike’s life, and to be a source of whatever support we can give to (son) John and (daughter) Kathryn and their loved ones.”

He also survived from his 97-year-old mother and grandson, Jackson.

“Michael McCaskey is proud to carry the legacy of NFL grandfather and pioneer George Halas as president and team leader and play an important role in the success and popularity of the Bear,” commissioner Roger Goodell said in a statement. “The impressive 1985 season of the Bears and the Super Bowl XX victory helped propel the NFL further to the global stage. Michael was the driving force in growing the NFL international footprint with the first American Bowl game in London featuring Bears and Dallas Cowboys in 1986. He is also dedicated to serving his community. “

McCaskey served on several NFL committees. He also played a role in the Bears moving their headquarters from the original Halas Hall at Lake Forest College to a sophisticated home nearby in 1997, giving them indoor training facilities on their own campus.

Halas Hall was recently expanded to include four outdoor training fields and 305,500 square feet of indoor training and office space.

McCaskey co-founded the Bears charity foundation in 2005, which has provided more than $ 21 million to more than 100 agencies in the Chicago area focusing on education, young athletics, medical research, and health awareness.

He is also a member of the NFL Long-Term Planning Committee, Expansion Committee, Stadium Committee and Finance Committee.

McCaskey spent two years as a Peace Corps volunteer to teach science, English and music to middle school students in Ethiopia. He obtained his doctorate in business from Case Western Reserve University in 1972 and taught organizational behavior and management courses at UCLA for three years before joining the faculty at Harvard Business School.

“His fierce love for the Bear is unmatched, as is his intellectual ability and thirst for knowledge about various things,” said Bear president Ted Phillips. “Michael shows the presence of a professor who can be challenging, but also inspiring. I will be eternally grateful for the many opportunities for growth he has given me, and for his trust and support. Michael always tries to do things the right way with high character and with the best interests of the Bears is always the most important.

“Michael is a good man, going too fast. He led the only Chicago Bears Super Bowl championship team in 1985, and I know he still smiles about that magical season. “