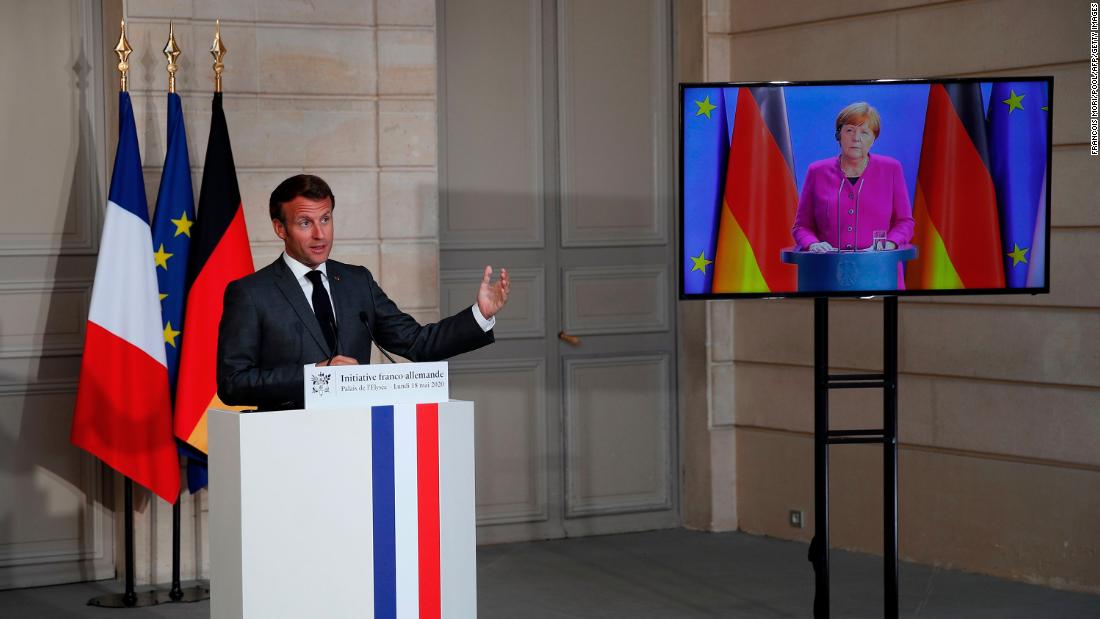 “To support a sustainable recovery that restores and promotes growth in the EU, Germany and France support an ambitious, temporary and targeted Recovery Fund,” Merkel said, speaking at a video press conference.

Europe’s ability to recover from the worst economic shocks that have occurred since the Great Depression has been threatened by reopening old political wounds.
Divisions between member states has slowed the progress of the recovery fund which the European Commission hopes will raise at least € 1 trillion ($ 1.1 trillion) to rebuild the regional economy.

Charles Michel, president of the European Council of European Union national leaders, has called for the package to start operating on June 1. But the Commission failed on May 6 to complete the proposal.

Differences as to whether the funds should provide loans or grants to the hardest hit countries like Italy and Spain hamper progress. Grants, or direct money transfers, would imply a level of debt sharing that has long been opposed by countries such as the Netherlands, Austria and Germany.

But Merkel and Macron confirm that under their proposal, the European Commission will borrow money to boost the EU economy and channel funds through the EU budget to the hardest hit regions and sectors.

“Given the extraordinary nature of the Covid-19 pandemic challenges to economies throughout the EU, France and Germany are proposing to allow the European Commission to finance the recovery support by borrowing on markets on behalf of the EU,” he added.

Macron said the EU recovery fund would enjoy the support of the European Central Bank. While funds must be paid back from time to time, the burden will not only fall on those who need help the most.

See also  2nd stimulus check out: Will you qualify for a test?

“This 500 billion euros must be paid off,” Macron said, but “not by the beneficiaries,” he added.

The European Union’s economy will shrink by a record 7.5% this year, the European Commission warned earlier this month, and the decline could be faster in 19 countries that use the euro.

This is a much steeper decline than the region suffered after the 2008 global financial crisis, and a more pessimistic view than predicted by International Monetary Fund in April.

European Union Council President Michel called it “a step in the right direction” for the EU.

“I welcome the efforts of Germany and France to find common ground in the recovery fund,” tweeted Michel. “I call on all 27 member states to work in a spirit of compromise as soon as the European Commission submits a proposal.”

European Union officials have warned that the pain could be worse than expected if the pandemic is more severe and durable than currently thought.

EU leaders have signed direct rescue measures worth at least € 500 billion ($ 538 billion), a package that includes wage subsidies aimed at preventing mass layoffs, as well as loans for business.